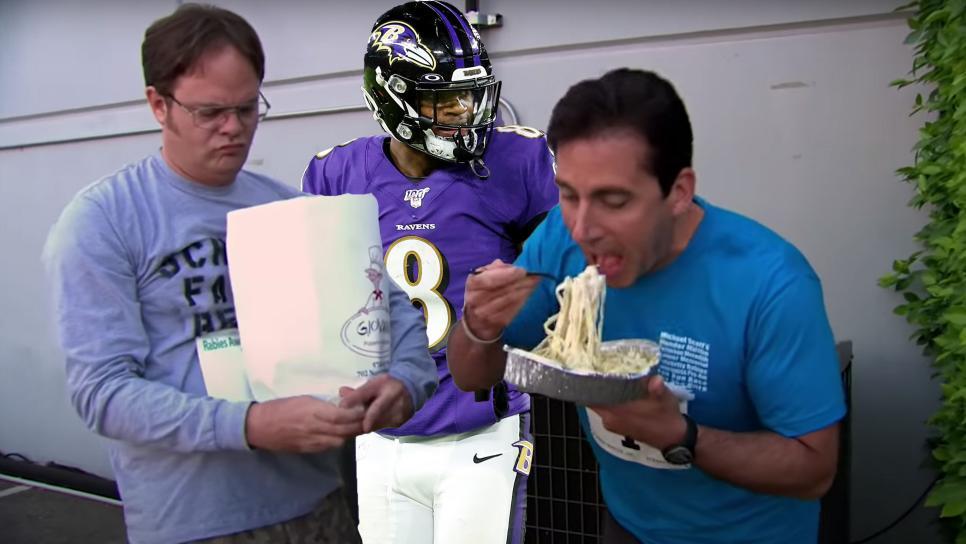 Last week we introduced Red Friday with the Retiree – our weekly picks brought to your by our staff retired gambler – LaCharles. This week we bring you the first edition of the Thursday Night Football Appetizer Pick’em. If the weekend slate is the main course, consider this your mozzarella sticks to tide you over until Red Friday.

Throwing out the gambling disclaimer during last week’s column might have been a mistake. While I did not do the best against the spread in week 9, the picks overall were pretty solid, if I don’t say so myself.

Don’t get me wrong, I still in no way endorse you taking my picks and making actual wagers with actual currency (USD or crypto) based off of them. Just a nice little pat on the back to remind myself that, sometimes, I’ve still got it. Like your grandpa going out and firing off a 77 on the golf course or something like that.

On to tonight’s matchup. Overall, the matchups so far for TNF have been pretty brutal. Outside of the Packers/Cardinals clash from a couple weeks back, we’ve had some mismatches and sloppy games with a few bright spots here and there. But hey, it’s football right? It’s like pizza…even when it’s bad, it’s still good. This one appears to be a matchup that will be on the sloppier side of things, but you never know. Miami is coming off of their second win of the year and surely has huge momentum from that, and Baltimore was on the ropes against a Minnesota team that couldn’t close a window right now before pulling out the win in overtime.

Ravens (6-2) @ Dolphins (2-7) : Baltimore -7.5; O/U 46.5
The last time Lamar Jackson played in his hometown he did this in 2019. 300+ passing yards, 5 TD, and the birth of the infamous sound byte where Jackson said his performance was “not too bad for a running back”, citing criticism from scouts prior to Baltimore drafting him to be their franchise QB. This time around Baltimore comes in with the NFL’s 12th rated passing offense to match up against Miami, who just so happens to be the worst defense in the league against the pass. Miami’s offense has had very few bright spots this season, but Mike Gesicki has a couple unbelievable catches for the Dolphins last week when they won the war of attrition against Houston. Those two, however, have been very lonely highlights in an otherwise dismal season for the Dolphins, who were preseason picks to compete for the AFC East crown with the Bills. Baltimore this season, though, is only 3-5 against the spread, meaning they’ve shown the tendency to play down to their opponents level at times. Their overs are 5-3 on the year. I don’t have the feeling that this is going to sway their ATS record any further towards the negative, though, I think they win and win easily. Ravens 35, Dolphins 17 (Ravens -7.5; Over 46.5)