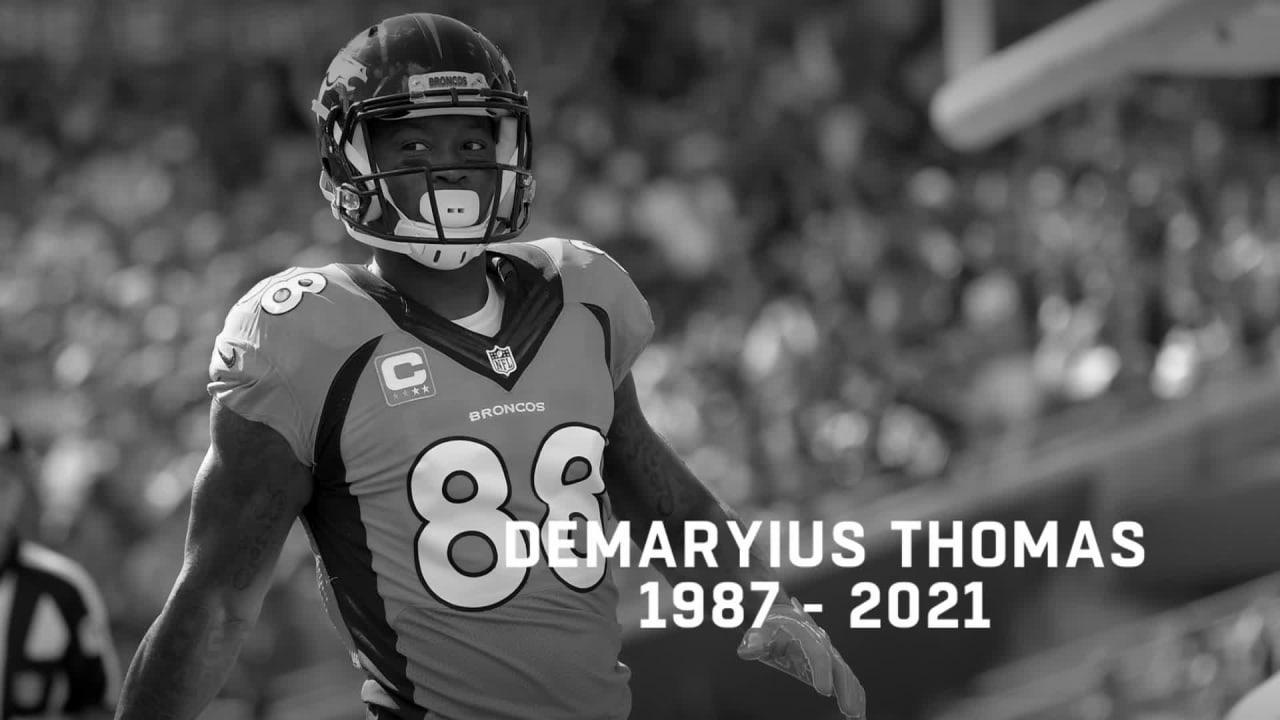 Thoughts and Prayers from Chiefs Kingdom

I woke up around 1:48 AM last night and instinctively checked Twitter. First thing I see is Calab and JP dropping another episode of the 1st and 10 show, but the second thing I saw gave me a sinking feeling in my stomach. Former Broncos receiver Demaryius Thomas was found dead in his home in Roswell, GA. He was only 33 years of age.

This hit me hard for multiple reasons. First of all, I myself am 33 years old. For whatever reason, even if you’ve never met someone, when you’re young and someone your age passes away it hits you differently. It also hit me hard because, not that long ago as a full-grown adult I watched Demaryius Thomas dominate at wide receiver for the Denver Broncos. Specifically, against the Chiefs, who he started his career 8-2 against in his first 10 games versus KC, ending his career 9-8 after Peyton Manning’s retirement and the Broncos subsequent lack of competence at the quarterback position. In his career against the Chiefs, in 17 games, Thomas had 77 catches for 1,085 yards and 5 touchdowns.  This doesn’t even begin to illustrate the level of dominance he had on the field, however.

As a player, he was so good that he even made a play that makes us remember Tim Tebow as a NFL quarterback. Obviously times like this are not the most appropriate for jokes, but it’s a true statement and one that signifies how good he actually was as a player.

But beyond being a great football player, Thomas was a great man by all accounts. He was a great friend, and some of the things you see former teammates and friends posting today make it clear the world lost a great soul yesterday. Peyton Manning said in a statement that DT “was a better person than he was a player, and he was a Hall of Fame player. That tell you how good of a person he was. He treated my kids like they were his own.” He was a devout Christian, working with charities such as the I’mME foundation and the Humane Society of the United States. He was also involved in the community in Denver, working with children and schools to ensure kids knew paths in life weren’t defined for them, they could create their own.

Football and rivalries kind of get put in the rearview when things like this happen. From the Kingdom to Mile High, and all the way down to Georgia, the thoughts and prayers of the Chiefs Focus staff and Chiefs Kingdom are with the Broncos, Georgia Tech, and most importantly Thomas family and friends in the face of this tragic loss.

Who We’re Thankful For… KC Edition