How the Chiefs Ruined (the Raiders) Christmas 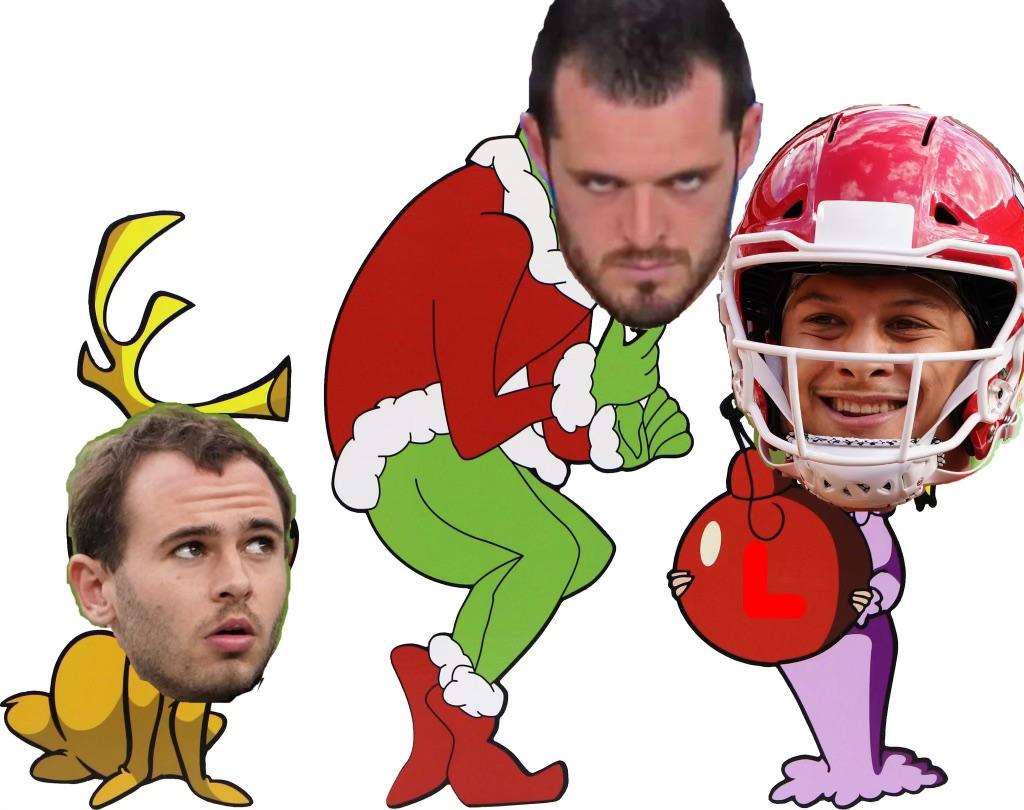 A Modern Twist on a Classic Holiday Tale

Every Chief in the Kingdom liked football a lot

But the Raiders, who lived west of the Kingdom, did not!

Please don’t ask why. No one quite knows the reason.

It could be, perhaps, that his makeup gets runny,

Or that his best wide receiver looks a little bit funny.

But I think the most likely reason of all,

Is that he rarely gets W’s when the calendar turns to winter from fall.

But whatever the reason, mascara or daylight savings,

He stood and watched the Chiefs and found quite the craving.

Staring up in the standings with his sour dark eyes,

At the fireworks exploding for Mahomes and the guys.

“And they’re hanging their banners,” he snarled and he sneered,

“How can they be happy? Why do their fans still cheer?”

And from Kansas City, Mahomes arose with a clatter,

“Hey Derek Carr, what in the heck is the matter?”

The nerve of Mahomes to ask him this question,

Doesn’t he understand that this is his transgression?

“Well, little Patrick, I’ll fill you in as to why,

It all started with Alex, and now with you guys,

All I want for Christmas is a win against the Chiefs,

Mahomes was sad for Derek,

But he thought “What the hell?”

So he told Derek for Christmas he would treat him quite swell.

But it was not a trophy, or a victory he’d deliver.

It was something much more familiar, to make Derek’s lip quiver.

As Derek stood on the field with tears in his eyes,

Mahomes walked right beside him, holding a surprise.

“I know you hate football, even when you practice in shells,

So for Christmas, to end your season early, we got you an L.”