Reactions From the Chiefs Wild Win in Los Angeles 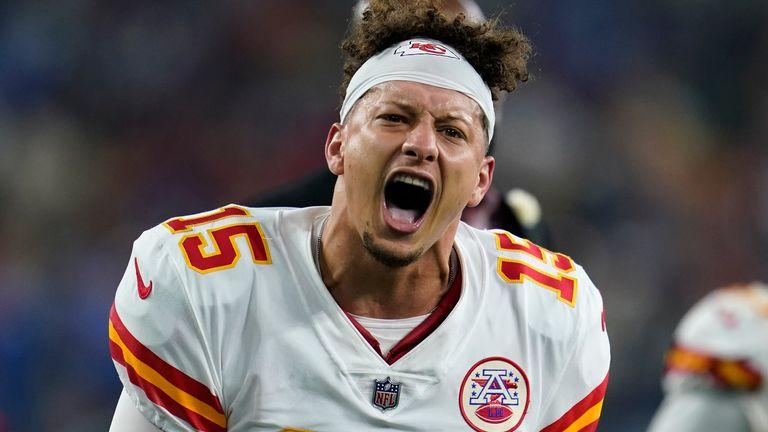 Bolton stifles the Bolts, Kelce and Tyreek prove it again, and Mahomes Magic is back.

The Kansas City Chiefs moved to 10-4 last night winning their 7th consecutive game this season and 12th consecutive AFC West road game against the Los Angeles Chargers 34-28. The win puts KC alone in first place in the AFC at the moment as the Kingdom prepares to spend the weekend rooting for the Indianapolis Colts and Pittsburgh Steelers, a thought that makes this blogger cringe. The Chiefs also made huge ground in winning the AFC West for a record 6th consecutive season, now leading the Chargers by 2 games in the division standings with 3 games to play.

Through three quarters of this game I was a little bit beside myself. The Chargers had left at least 9 points on the table with their uber-aggressive decision making on 4th downs over and over near the goal line. And the Chiefs had not taken advantage of it, outside of the first two offensive possessions. The final frame of this game was a roller coaster ride that even the most extravagant theme park couldn’t house.

Patrick Mahomes missed Mecole Hardman on a short out route on 4th and 1 from the Chargers 2 to end the quarter after an 11 play, 70 yard drive that took nearly 6 minutes off of the clock. My natural anxiety increases.

Justin Herbert methodically drives the Chargers 97 yards down the field, but on 3rd and goal from the Chiefs 1 yard line, the Chargers fumble. My anxiety turns into hope.

From the shadow of their own endzone, the Chiefs take the ball back over for their first possession of the fourth quarter. 3 plays in, Patrick Mahomes pass to Clyde Edwards-Helaire is tipped at the line and intercepted by Chargers defensive end Uchenna Nwosu. Anxiety through the roof, hope erased. 1 play and 5 seconds later, the Chargers leap across the goal line to make the score 21-13 in the fourth quarter. Hope gone completely, my anxiety is now transitioning to anger.

“Dealing with adversity – 15 – with the world on his shoulders baby he showed up. Sick of all the haters, man. 1-5 is the real deal. And he showed it tonight.”

– Travis Kelce in his postgame interview with Michael Irvin

15 is the real deal, and his powers appear to have been restored.

The ensuing Chiefs possession included a 69 yard near house call to Travis Kelce, and an eventual 1 yard TD dart to Tyreek Hill. The Chargers answered, but the momentum – and more importantly, the swagger – was already brewing on the Chiefs sideline. The next Chiefs possession started with 2:19 left in the game, down 7 with 75 yards to drive. 20 yard pass to Tyreek Hill, 32 yard improvisation by Patrick Mahomes with his legs, and 7 yard TD to Travis Kelce – it took them 1:03 in game time to tie the game up. The Chiefs defense stepped up in a big way on the Chargers final possession, and helped seal the win as Justin Herbert and co. Never saw the ball again.

Overtime started with a truly poetic moment. Melvin Ingram at midfield, calling tails (which never fails), and winning the toss. In the process, burying his former team in this game, and likely in the 2021 AFC West division race. What happened next was quick – Kelce for 27 yards, Hill for 14 yards, Kelce for 34 yards and the walkoff touchdown.

Mahomes ended the night 31 for 47 for 410 yards, 3 touchdowns and 1 interception. Kelce hauled in 10 passes for 191 yards and 2 scores, and Tyreek Hill added 12 catches for 138 yards and a score of his own. The offense was vintage Chiefs in the fourth quarter and overtime, even if it took them a little while to get there. The first three quarters were a bit concerning, and for one of the reasons I cited in my pregame keys earlier in the week – the offensive line of the Chiefs struggled against the Chargers front. Not just in the passing game, but in the run game as well. The Chiefs never got the ground game going tonight (and for the second game in a row) with designed runs gaining just 54 yards on 17 carries (3.2 YPC), but the Chiefs didn’t commit to the run all night. This is something that is not quite concerning yet, but is on my radar as the Chiefs head into a week 16 matchup with the Pittsburgh Steelers.

So with the run game stymied, the offensive staff hung their hat on Mahomes to win the game, and he came through in a big way. The pass protection got better and better the deeper we got into the fourth quarter and overtime, and it appeared Mahomes cast aside all doubt, any tentativeness he may have built up over the course of a tumultuous season thus far, and decided to be Patrick Mahomes again.

No Chris Jones, no Willie Gay, no L’Jarius Sneed – no problem. Definitely a problem, but the next man up mindset won last night.Defensively there were times when I cursed the team I was watching on the field. But if there is such thing as a clutch gene, the guys who suited up last night on that side of the ball for the Chiefs had it. Forcing 3 turnovers on downs, a fumble, and a pick, the Chiefs defense did just enough at the right times of the game to bring home this victory. Daniel Sorensen made stops at the goal line. Anthony Hitchens came up with a pick to stop a Chargers drive. Tershawn Wharton forced the fumble on 3rd and goal from the Chiefs own 1 to keep the Chargers out of the endzone. And Nick Bolton. Good lord, Nick Bolton. He was everywhere last night. The man does not miss tackles, and he brings an entire truckload of wood to eat hit he lays down. 14 tackles last night, and more importantly – 3 passes batted down as well. For a guy who “lacks coverage ability”, he looked pretty good to me last night.

I still have adrenaline coursing through my veins from this game, 11 hours removed from the final whistle. This is the type of win that proves a lot to a lot of guys on this team – they can step up and make an impact, and all 53 guys matter. That’s unity. That’s confidence. Make no mistake about it – the Chiefs just went into SoFi and won the equivalent of a road playoff game without 3 of their top 5 defenders. While the defense was the concern coming in, the offensive renaissance, particularly with 15, 10, and 87, drives the hope moving forward as the defense gets those key pieces back. The next three games are equally as important if the Chiefs want to snatch the number 1 seed in the AFC, but right now it looks like they’re the class of the conference, and possibly the entire NFL.

We’ll be back later this morning with picks for the entire weekend slate.