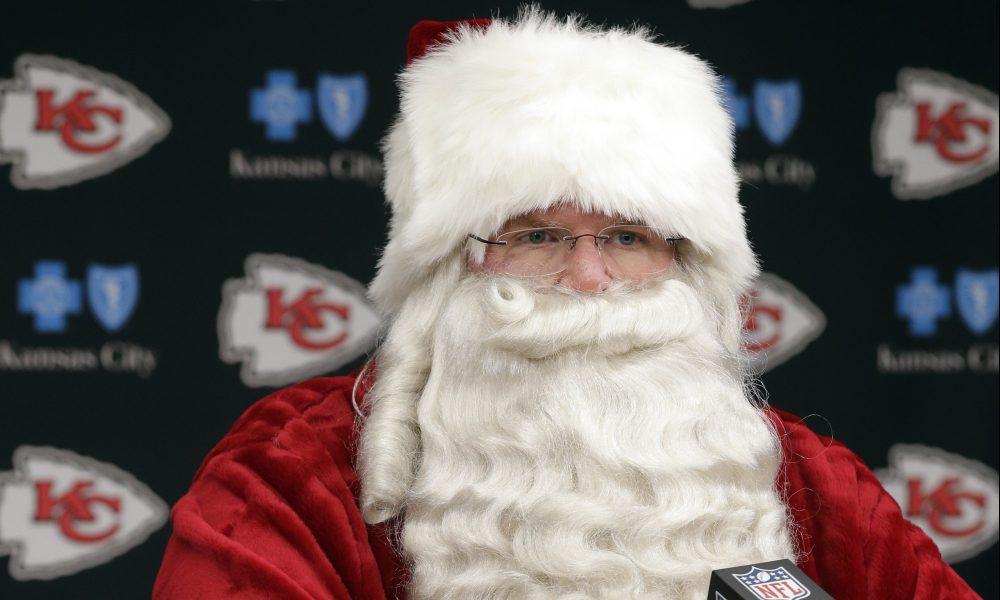 After a wild win in Los Angeles, the Chiefs come off of the mini-bye with some COVID scares going away, and some lingering through today.

The week started with a whole laundry list of bad news. This bad news came in the form of seemingly every meaningful Chiefs player getting placed on the reserve/COVID-19 list. While we gradually gotten green lights for the likes of Chris Jones, Tyreek Hill, Charvarius Ward, and Willie Gay among others, the Chiefs will still go into a game against the Steelers without Travis Kelce, Lucas Niang, and Nick Bolton. Going into a Steelers game without these 3 is not quite the same feeling I had going in to the Chargers game without Chris Jones, Willie Gay, and L’Jarius Sneed. Quite different if we’re being honest.

Do I always want to see Travis Kelce on the field? Yes.

Do I think Nick Bolton would be a great piece to have on the field to clamp down Najee Harris? Yes.

Is Lucas Niang needed at RT with the Steelers ability to rush the passer? Probably, but Andrew Wylie isn’t a huge drop off from Niang, and has been practicing all week.

We’ll obviously go a little further in depth here throughout this column, but I say all of the above to say one thing – the Chiefs are a better team than the Steelers. This should be a game that Kansas City handles with relative ease, but that’s not a foregone conclusion. Missing these three will still impact the gameplan – let’s check out how.

The Steelers linebacking unit is decimated, and will be relying on second and third stringers to fill the void against a Kansas City offense that has come alive recently. Devin Bush and Marcus Allen will be out as they were placed on the COVID list earlier this week, so the pressure will fall on guys named Joe Schobert, Robert Spillane, and Ulysses Gilbert to contain the KC running game and intermediate passing attack. This would be an excellent week to have Travis Kelce just settle in the middle of the field to the tune of 12 catches, 150 yards, and a couple touchdowns, but with Blake Bell recovering from COVID and Noah Grey getting more snaps in the back half of the season, we could see a joint effort from the tight ends to still accomplish this goal.

Pittsburgh’s defensive second level isn’t the only level hurting. Isaiah Buggs and Chris Wormley are also out, leaving Cameron Heyward to patrol the front lines with Carlos Davis, Henry Mondeaux, and Isaiahh Loudermilk. Outside of Niang, the Chiefs offensive front stayed in tact throughout the week’s COVID adventures, so the advantage up front this week will certainly be with the Kansas City offensive line. I’d look for the Chiefs to key in on these matchup advantages and run the football early and often. Clyde and Darrell haven’t really gotten going on the ground in the past 2 games, this would be a great time to warm those legs back up, chew off some clock, and keep distance from the Steelers. If the Chiefs let the game stay close, it will be a battle to the end. If they elect to draw blood early and often it could be over by halftime. I just hope to the good lord above that we don’t need to rely on Elliott Fry to win this game.

The elephant in the room for Pittsburgh’s defense is TJ Watt. Obviously Watt is one of the best edge defenders in the NFL, we all know this. Orlando Brown, Jr has a ton of experience blocking Watt from his days in Baltimore, and will likely draw the assignment numerous times today. TJ is going to be disruptive at times the the Chiefs passing attack, but mixing in the run game, some misdirection at the line of scrimmage, and utilizing Blake Bell and Darrell to chip him should be enough for the Chiefs to keep 15’s jersey clean enough to make plays this afternoon against the Steelers.

Defensively the Chiefs are getting enough of their unit back to look like they have over the past 7 weeks – dominant. Chris Jones return to bolster a pass rush that didn’t get to Justin Herbert quite enough last week. Did the Chiefs still win? Yes, but it could have been a much different game with Jones, Gay, and Sneed in the game. Big Ben is no Justin Herbert, and if the Chiefs can get to him a couple of times this afternoon, by this evening we may be playing against Mason Rudolph. To put it bluntly, the Pittsburgh offense is simply not very good. They have talent almost everywhere, but cannot block to save their lives, and only mustered 168 yards of offense against the Titans last week. Throw in Mike Tomlin taking a subtle shot at the departure of Melvin Gordon this week (send him out for the coin toss again), and you’ve got an extremely motivated front 7 for KC looking to bring some heat.

This is the most confident I’ve felt going into a game outside of the Giants and both Raiders contests this season. The Steelers are not the Ben/Bell/Brown teams that used to come in and make Chiefs fans punch holes in walls and consume far too many Horse Feathers. The Steelers are one of the great franchises in the history of the NFL, no one will debate that, but the Chiefs are on a run currently where they are projecting towards their franchise being named among the greatest to ever player. 70’s Steelers. 90’s Cowboys. 2000’s Patriots. 2020’s Chiefs? This game won’t decide that, but it will go a long way in deciding who sits where in this season’s postseason hierarchy, and I believe the Chiefs will inch themselves closer to another year of homefield advantage today.