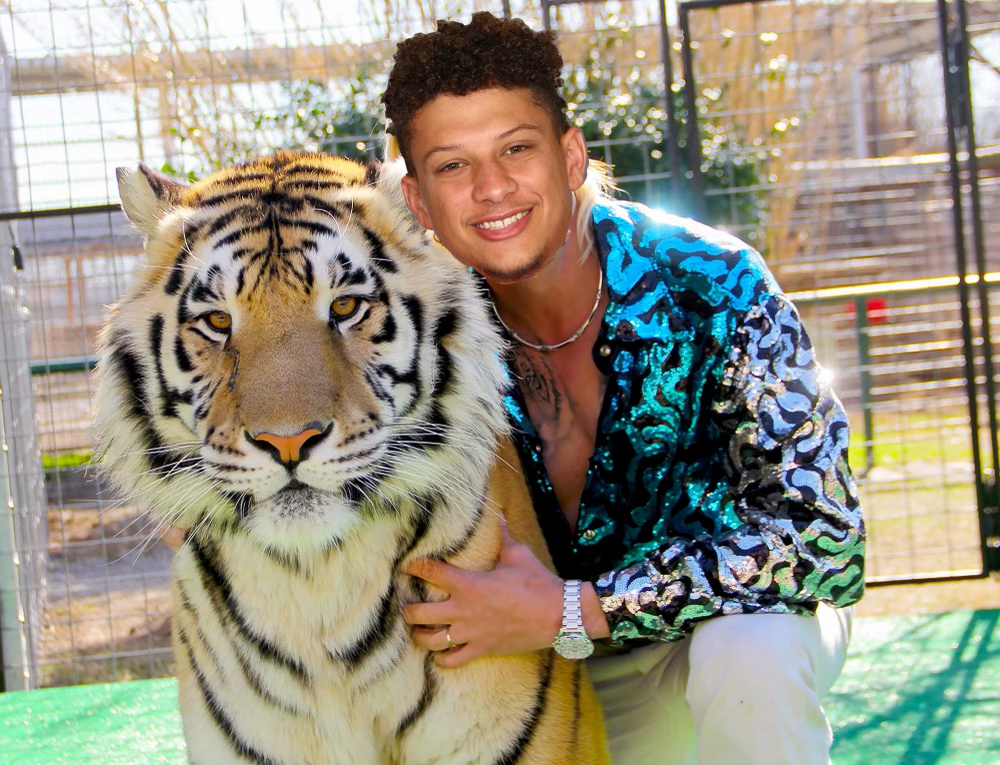 The first showdown between Patrick Mahomes and Joe Burrow brings us the birth of a new AFC rivalry, and a long list of playoff implications.

When the Chiefs and the Bengals square off today at noon, they’ll be playing for more than just a win in week 17. With a win, the Bengals can clinch the AFC North title just two years removed from a 2-14 season. That 2-14 season granted them the number 1 overall pick in the 2020 NFL draft, and with that they chose the man who is largely responsible for the quick turn around in Joe Burrow. The Chiefs, on the other hand, have already clinched the AFC West with a win over the Pittsburgh Steelers last week coupled with the division rival Los Angeles Chargers losing a head scratcher to the Houston Texans the same afternoon. For the Chiefs, a win today and a loss by the Tennessee Titans in their game against the red hot Miami Dolphins would clinch number 1 overall seed in the AFC playoffs, making Arrowhead Stadium again the man stop on the route to the Super Bowl for the AFC.

While there are a whole host of AFC playoff scenarios that could, and will undoubtedly play out over the course of the day today. There are 9 games in the noon spot, 5 in the matinee hours, and Sunday night football, capped off by Big Ben’s Pittsburgh swan song against the Browns on Monday night. In what is the longest regular season in NFL history, we’re sure to get some fantastic games, great storylines, and hopefully a clearer picture of how the 2021 NFL playoffs will shake out on it’s second to last weekend. And who knows, maybe the folks in Denver will have some actual, real hope of beating the Chiefs for the first time since the Obama administration if KC can clinch the 1 seed and have the ability to rest their starters in week 18 in what will ultimately be a meaningless game for them. It will probably, sadly, be the Broncos Super Bowl. One interesting thing to consider in this scenario is the Chiefs preseason over/under on wins, which was 12.5. There could be a lot of pissed off over bettors if the KC/Miami win combination happens today and the Chiefs sit their starters against the Broncos. I doubt that Clark Hunt, Brett Veach, or Andy Reid care too much about that.

But let’s get to the game, shall we?! This one has been hyped all week as a quarterback showdown for the ages. But what’s new? We get this 4-5 times a year when new kids on the block, or even old heads, play Patrick Mahomes. There are 3 names in football that draw this type of marquee for quarterback matchups – Tom Brady, Aaron Rodgers, and Patrick Mahomes. And while Burrow and Mahomes will certainly have a lot to say about the eventual outcome of this game, we’d be selling ourselves short if we didn’t look at the matchups that ultimately will decide the fate of the AFC North, the AFC 1 seed, and the final score today in Cincinnati.

Let’s start with the Chiefs offensive outlook against the Bengals defense. Cincinnati comes into this game sporting the number 4 rushing defense in the NFL. On the year they’re only giving up about 92 yards per game and 4 yards per carry. They’re absolutely stout against the run, so the Chiefs will have to dig deep to get that established up front against this defense. What they do lack defensively, especially in their front 7, is discipline against motion offenses. Their linebackers and edge defenders tend to bite hard on misdirection – something that helps them shut down end around and trick run plays, but leaves them susceptible to open pockets in the passing game if they allow opposing running backs or receiver to sneak by them while hounding the line of scrimmage to stop the run. The Bengals pass defense? Questionable at best. They’re the 4th worst passing defense in the NFL by yardage allowed, and have been especially porous in the last 3 weeks against tight ends, giving up over 100 receiving yards to tight ends in each of the last 3 weeks. Granted, they have faced George Kittle, Noah Fant/Albert Okwuebunam, and Mark Andrews, but they have Travis Kelce coming to town today. The Chiefs offense should be able to rely on the all world tight end to dice the middle of the Cincinnati defense, and if they can get even a glimmer of a run game established against the Bengals tough front 7, they should be able to set up the play action/motion offense that they used so effectively last week against Pittsburgh, 3 weeks ago against the Raiders, and for much of the Chargers game to put up their fair share of points. Missing Clyde Edwards-Helaire is not ideal, but with the emergence of Derrick Gore last week and the always reliable Darrell Williams starting in CEH’s place, the Chiefs should still be in a good place from a rushing perspective today, particularly in the passing game with Williams, Gore, and Jerrick McKinnon all having the ability to catch the ball well out of the backfield.

Defensively for Kansas City, today is going to be all about pressure. Not necessarily blitzes, which Joe Burrow has exceled against this season. But pressure the way the Chiefs have been dialing it up the last 8 weeks – with the front 4. If Chris Jones, Frank Clark, Melvin Ingram and company can dial up pressure from the defensive line today, Steve Spagnuolo will take care of the rest. Spags is notoriously vicious in dialing up pressure and disguising blitz packages against young quarterbacks. Nick Bolton and Willie Gay will be leaned on heavily today to assist in stopping the Bengals vaunted rushing attack, which could be a problem for the Chiefs if they let it. While the Chiefs are actually the better rushing team this season, the Bengals have the league’s second leading individual rusher in Joe Mixon, who has 1,159 rushing yards and 13 touchdowns on the year. Coming off of a game where Joe Burrow threw for 525 yards and 4 TD, I wouldn’t be shocked if the Bengals come out and try to zig where the Chiefs think they might zag and attack the KC defense with a healthy dose of the running game. The Chiefs can stop it, they just have to be prepared for that. So defensively if we’re looking for a defensive line to create pressure and the linebacking corps to bottle up the run and help in the intermediate passing game, that still leaves Ja’Marr Chase, Tee Higgins, and Tyler Boyd to account for from the Bengals loaded offense. L’Jarius Sneed, Charvarius Ward, and Rashad Fenton are going to be crucial in today’s game locking up Cinci’s wide receivers, but the real x-factors are going to be the safeties. Tyrann Mathieu and Juan Thornhill can create a lot of problems for Joe Burrow today, and I think that at least one if not both of these two will create a takeaway for the Kansas City defense.

Kansas City will have it’s full arsenal, sans Edwards-Helaire, on the field for the first time since the Logo Game against the Raiders. That’s a very welcome sight for all of us here in the Kingdom. While this is without a doubt a good looking game on paper, one of the biggest intangible factors that I keep coming back to when thinking about this game hasn’t even been brought up yet. I continue to think back to September 28, 2020. Chiefs at Ravens. Patrick Mahomes exploding for 4 TD and coming off the field after the final score, very clearly counting out 4 as he comes off the field. Was it for the 4 TD, or the fact that the opposing QB, Lamar Jackson, had been ranked number 1 in the NFL 100 before the season and Mahomes was ranked 4? The answer is out there if you go look for it, but the point behind this is that petty Patrick is a very dangerous Patrick. There has been a lot of talk this week about who the better QB is, who people would take for the next 10 years, etc. And it seems that a lot of people have forgotten about who Patrick Mahomes really is. I think he shows up today and reminds the world who the best quarterback in the NFL is, again. It’s insane that the kid has to keep proving it over and over again, but more crazy that he actually keeps doing it. Joe Burrow may be the Bengals savior, but today Patrick will show the tigers who is King.