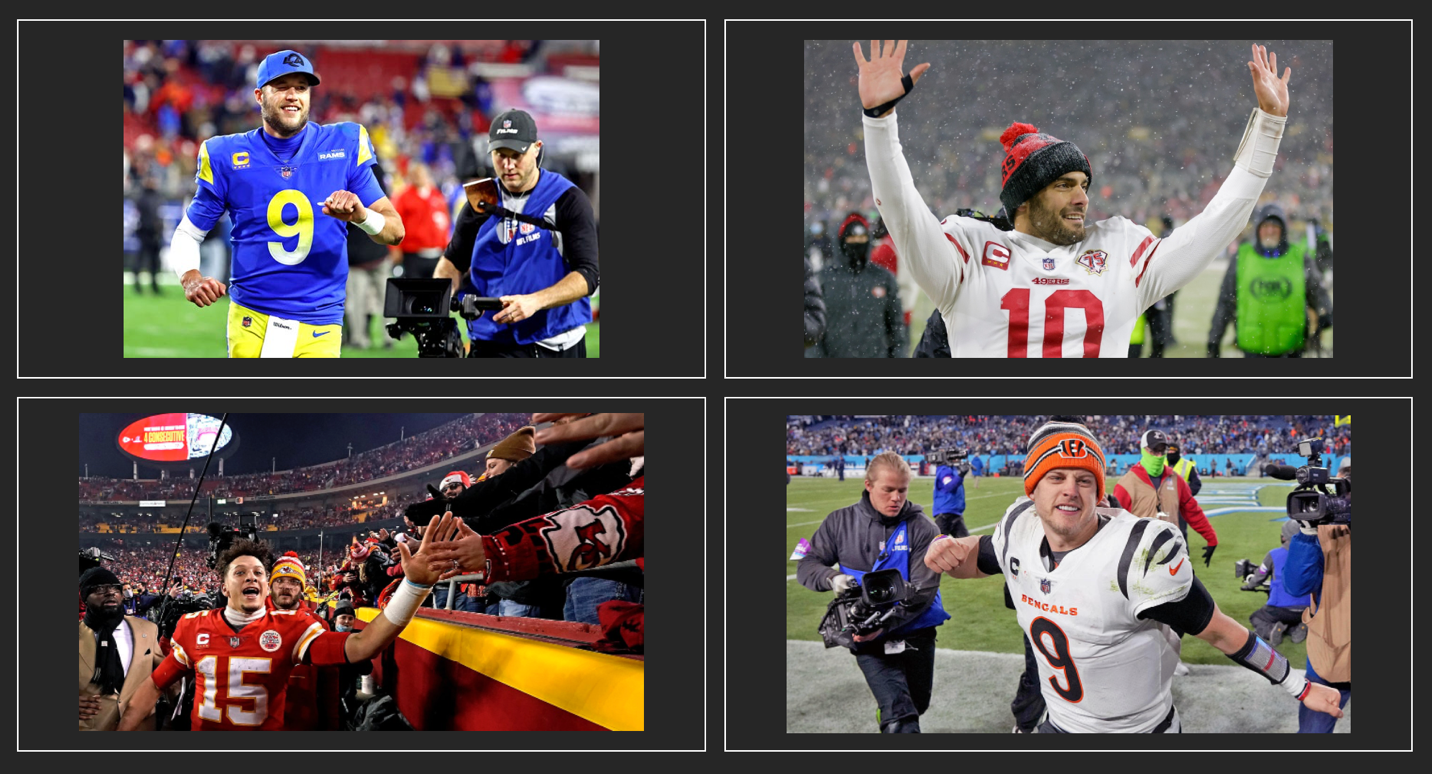 We look ahead to the coming weekend’s matchups, potential storylines, and a whole lot more. Follow along this week on all Chiefs Focus social media platforms, the 1st and 10 Podcast, as well as the blog for coverage and insights.

And then there were 4. After a weekend of Divisional Round thrillers where each game ended in walk-off fashion, we have found ourselves staring down the second biggest Sunday of the NFL season. Three of the teams competing this weekend are familiar with the stakes, with the Rams having won the NFC Championship in 2019, the 49ers in 2020, and the Chiefs taking home the AFC’s crown in both 2020 and 2021 after losing the 2019 AFC Championship game. Cincinnati, however, will take part in Championship Weekend for the first time since 1989. We’ll see opposing forces at work in each game. The Rams will likely get off to a quick start against the 49ers, but can they hold on against the NFC’s most resilient team? Kansas City had no answer for the Bayou Bengal duo of Joe Burrow and Ja’Marr Chase in early January, what will they throw at the Bengals on Sunday to slow them down? How will Patrick Mahomes follow up his virtuoso performance against the Bills last weekend?

All these questions, and more that come up throughout the course of the week leading up to Sunday, will be answered by around 9 PM central time on Sunday night. Once the dust has settled and the battles have been fought, we will have two teams left standing. Two teams that will play for the right to hoist on of the most prestigious trophies in all professional sports – the Lomabardi Trophy. Will the Chiefs join the 70’s Dolphins, 90’s Bills, and 2010’s Patriots as the only teams to advance to 3 consecutive Super Bowls? Do the Bengals have enough magic left to get a crack at winning their first? Can the 49ers avenge the 2020 loss to Kansas City and bring it home this year? Can LA take advantage of the moment and play just the second Super Bowl home game in history? The beauty of it all is that we must wait and see, and we’ll all find out at the exact same time.

On the Call : Jim Nance and Tony Romo

On the Call : Joe Buck and Troy Aikman