Here are my fact-based takes on the AFC West after the first 2 weeks! 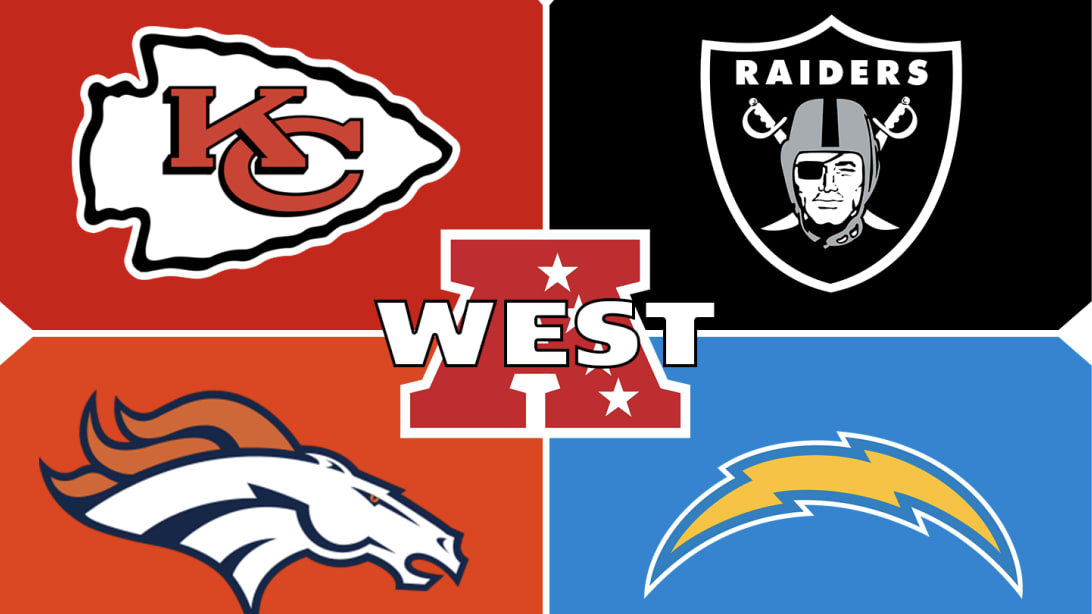 With the exception of a doubleheader for Monday Night Football, week 2 of the NFL season has come to a close. Over the offseason, the AFC West has become one of the most controversial divisions and these matchups were highly anticipated. It was unknown how the season would play out and many expected it to be the most competitive division in football. It surely has been interesting, however, it has not been as competitive as expected(yet anyways). After beating the Chargers on TNF, the Chiefs are undefeated and lead the division. The Los Angeles Chargers fall into second with a record of 1-1.

The Denver Broncos fall into third also with a record of 1-1 but their loss was out of the division. And bringing up the rear is the Las Vegas Raiders with a record of 0-2. While it is early in the season, we have already seen what could be the answers to a lot of our questions. Let’s take a deeper dive into the stats and see what to expect moving forward.

The first thing most fans look at on a team is the quarterback play. Through the first 2 games, Patrick Mahomes has thrown for 595 yards, and 7 touchdowns, with no interceptions. Hot in pursuit, Justin Herbert has racked up 613 yards, 6 touchdowns, with an interception. Not as competitively, Russell Wilson has been responsible for 340 yards, and 1 touchdown, with no interceptions. Finally, Derek Carr has thrown for 295 yards, 2 touchdowns, and 3 interceptions. The quarterback play has roughly been a fair comparison to the standings thus far. But, with that being said, any of these guys could be poised for a breakout game at any point.

In the rushing game, the Broncos lead the stat game with 51 total carries for 252 yards but have yet to score a rushing touchdown. Their rush game averages an impressive 4.9 yards per carry.

Next up, the Chiefs have rushed 45 times for 221 yards and a touchdown. Their average also comes out to 4.9 YPC.

Defensively, the Broncos have held their opponents to the fewest combined points(26), with 5 sacks and a turnover. The Chiefs have held their opponents to the second-fewest points(45) and have come up with 5 sacks and an interception. Next up, the Chargers have allowed 46 points with 7 sacks and 3 turnovers. Finally, the Raiders have given up 53 points and only recorded a single sack along with a single turnover. Each one of these defenses(besides the Raiders) has all shined in their own ways.

There are many other categories that we could dig into. However, I believe these stats show all you need to know. The Chiefs have yet to play at their full potential but have nonetheless been dominant, playing good all-around football. They have been very consistent on all sides of the ball and there is no question why they are atop their division.

The Chargers have had a great passing game but have failed to consistently run the football. While their defense has given up points, they have done a great job getting to the quarterback and forcing turnovers. The Broncos have been playing very mediocre. With bursts of life at times, their offense has yet to be impressive. Defensively, they’ve played consistently, but have also only gone against a Geno Smith-led Seahawks and a bottom-tier Texans team. They have some talent but no one has yet to be jumping off of the stat sheet.

Finally, the Raiders have yet to play great football in any aspect. Their offense has failed to move the ball, and their defense has gotten steamrolled. Their short list of star-caliber talent is highlighted by DaVante Adams, who had a great week 1 but only caught 2 passes this past game. However, I do feel that they have the capability of bouncing back and winning a few more games than expected. All of these teams have potential, but these are my thoughts based on this point in the season.

Looking forward, It is obvious to think that the Chiefs and Chargers will be the top pair in the AFC West. While the Chiefs knocked off the Chargers this past week, it is only reasonable to believe that they will once again win the division. Despite an already hot start, I think the Chiefs will only improve as the season progresses. However, the Chargers have high potential, and could very well give anyone a run for their money. I predict they will snag a wildcard and make a good push come playoff time. While neither the Broncos nor the Raiders have looked great thus far, I think the Raiders will pull ahead and land at third.

These two are very interchangeable but I believe the Raiders have more of an explosive ability. I think eventually they will settle down and will pick things up a bit. I see them pulling ahead, but still failing to achieve a very successful season. Finally, I think the Broncos will fall into last place. While they have more depth than the Raiders, they lack pro-bowl-level playmakers in my opinion. They have yet to play a decent team and I believe when that time comes they will stall out. I could very easily see them passing the Raiders, however, at this point in the season they have looked awful against poor competition. It is tough to predict how divisional games will go and any of these teams could very well sneak one by the other.

While it is only week 2, time will tell as the season progresses. These takes are strictly based on what I believe after what we have seen so far. It will definitely be interesting to see how the AFC West unfolds. However, I do not see it being as competitive as expected as long as Mahomes and Co. are in town.