Why Patrick Mahomes is MVP

All offseason long all the talking heads on sports networks kept flapping their mouths about how Patrick Mahomes is going to miss Tyreek Hill. This including a reporter for a major sports network that is a former player who claimed the Chiefs wouldn’t even make the playoffs, but I won’t name any names. Now more than half way through the season, Patrick Mahomes is the frontrunner for MVP and I will tell you why.

How I will begin, is my proof that Tyreek Hill didn’t make Patrick Mahomes and Patrick Mahomes didn’t need Tyreek Hill. Who’s the NFL leader in passing yards? What about passing touchdowns? I’ll give you a hint, his dad played pro baseball and he’s from Texas. Now, who’s the leader in receptions? What about receiving yards? Want a hint? His last name rhymes with dill. There’s your proof that argument is wrong. 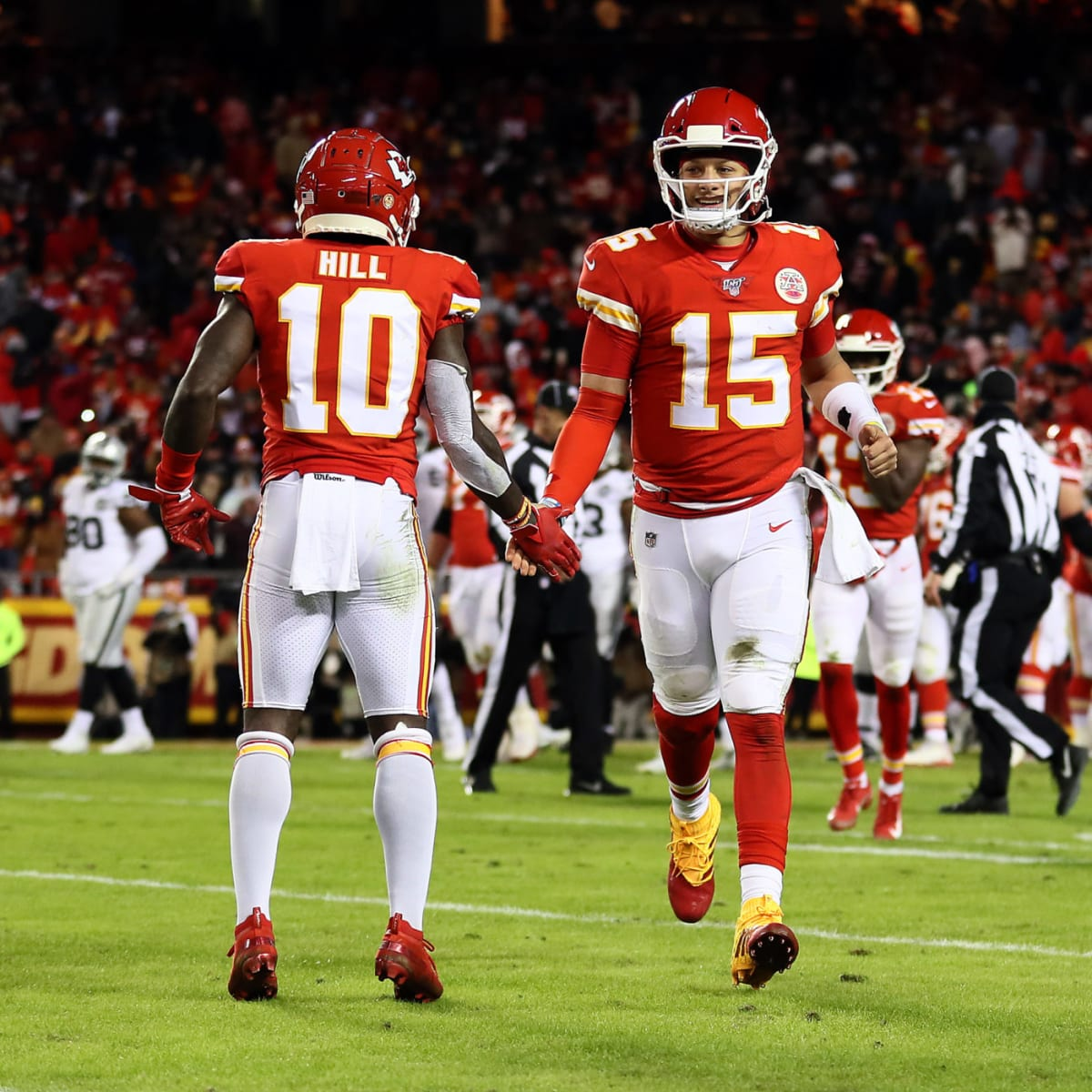 Now for who isn’t the MVP and why. Josh Allen came in as the favorite for his first MVP award and looked to be on his way after the first few weeks. A few shaky performances later and now he’s leading the NFL in interceptions. His quarterback rating has dropped to 96.6 as well. He’s not the MVP anymore. More recently, Jalen Hurts was an MVP candidate, but now his yards and touchdowns have tapered off a little bit. He’s 14th in yards and 9th in touchdowns. I don’t think Hurts or Allen’s rushing stats make up for what they’re lacking in yards and touchdowns. There aren’t any other players that could be MVP candidates, Burrow doesn’t have enough wins and Tua doesn’t have enough yards. 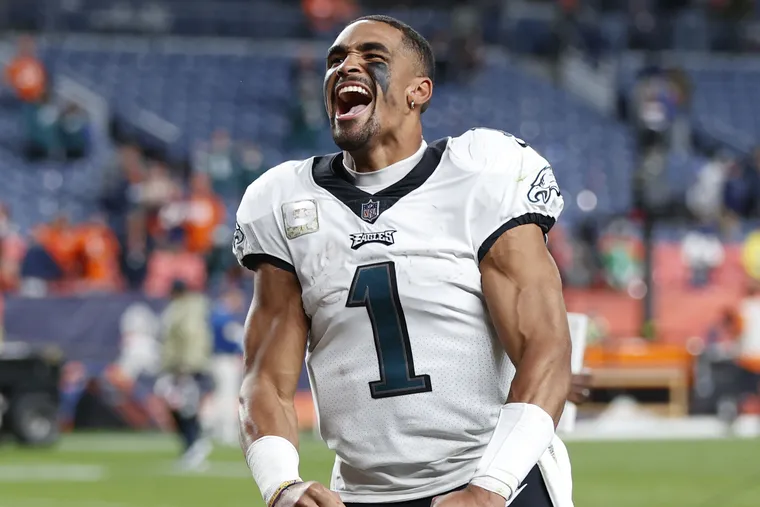 Now for why Mahomes is the MVP. As I stated earlier, Mahomes is leading the NFL in yards and touchdowns. He’s gotten better at scrambling as well. He’s on pace for 406 rushing yards, which would be a career-high. His last two games included his best 2 game stretch for rushing yards of his career with 102 yards. He is also averaging a career-high 6.3 yards per carry as well. He is on pace for a career-high 5,545 passing yards, which would break Peyton Manning’s single-season record by 68 yards. If the Chiefs have nothing to play for in week 18 and Mahomes doesn’t play, he’ll still set a career-high of 5,219. These yards would still be the 4th highest through 16 games in NFL history. He’s pacing toward 47 touchdowns as well, which would be the 2nd best of his career. His 66.9 completion percentage is a career-high and is 7th among quarterbacks with at least 200 attempts. 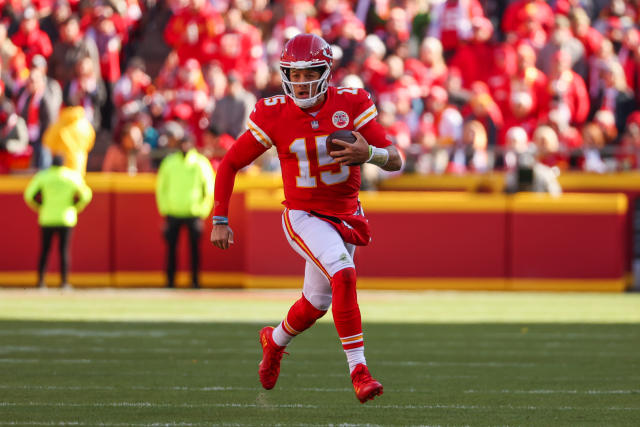 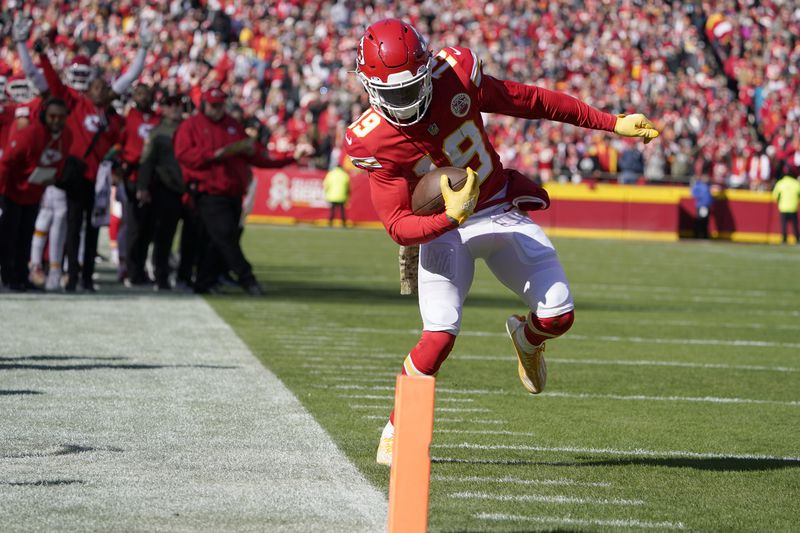 One thing that does get factored into the MVP voting, is how the team overall is performing. The last MVP to not make the playoffs was OJ Simpson in 1973 and that was the year he rushed for 2,003 yards in only 14 games. It’s only happened twice, the other being Johnny Unitas in 1967. The Chiefs are entering week 11 7-2, which is the 3rd best record in the league and the best in the AFC. They are also the highest-scoring team in the NFL by 2.2 points per game. With all of this, they are also only 1 yard per game short of leading the league in yards per game and are one of only two teams averaging over 400 yards and are the only team averaging over 300 yards passing. Not to mention, the team has allowed the 5th fewest sacks in the league. 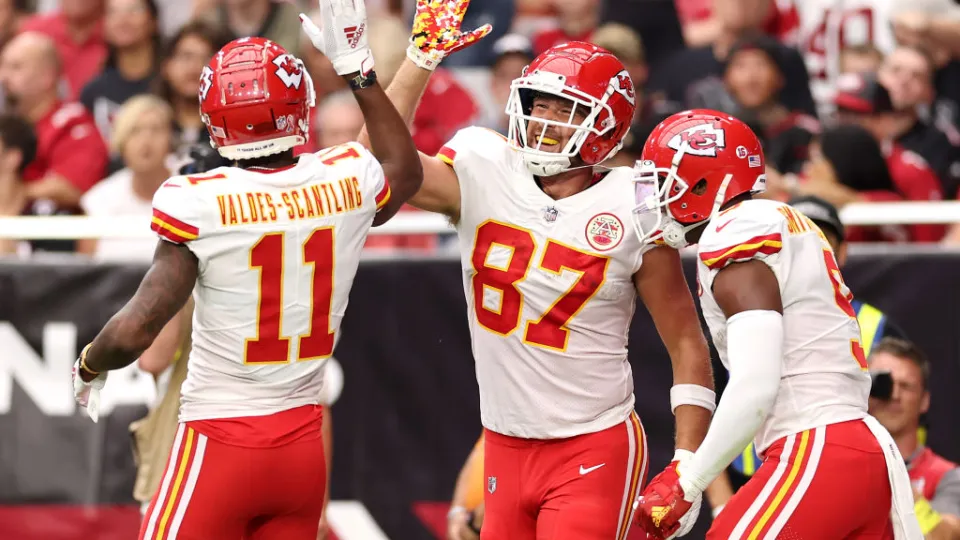 Patrick Mahomes is the front-runner, there’s no doubt about it. He’s silenced the critics who said he couldn’t do this without Tyreek Hill. Now, can he become the first MVP to also win the Super Bowl since Kurt Warner in 1999 and only the 11th all-time? All of us in Chiefs Kingdom sure hope so.