Chiefs Show Cracks In The Foundation In Another Bad Win.

The Chiefs beat the Texans 30-24 in OT but show cracks in the foundation in another bad win.

The Chiefs beat two teams in this one, the Houston Texans and the Carl Cheffers led ref crew. Nonetheless, the team pulled out for a victory and clinched their seventh divisional win.

The overtime victory saw many of the Chiefs flaws come to light. The Chiefs turned the ball over two more times. Both Isiah Pacheco and JuJu Smith-Schuster had fumbles that would eventually lead to Houston touchdowns. The red zone defense allowed 3 touchdowns and was sloppy. Harrison Butker missed a PAT and a long potential game winning field.

All three of these things are how a great team can see an early playoff exit.

On top of the self inflicted wounds, Carl Cheffers’ ref crew littered the field with laundry. The Chiefs were penalized 10 times for 102 yards. This is the second time this year that the Chiefs penalties hit double digits. The last time it happened, was the Monday night football game against the Raiders. Carl Cheffers was also in charge of that game. Coincidence? I think not.

Regardless of all the bad play, the Chiefs still ended up with the win and clinched the division.

Patrick Mahomes said that the Chiefs completed their first step to winning a Super Bowl.

“When we start every single season, the first thing we get told when we first walk in is to win the AFC West,” Mahomes said. “That’s our first goal to come in and win the AFC West.” 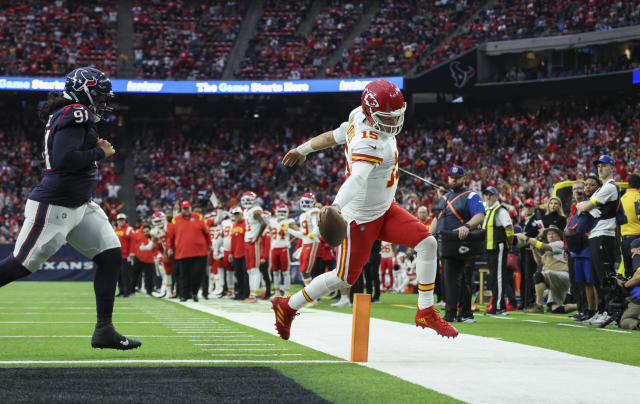 Andy Reid did give credit to his team in not stepping down from the fight when things were not going their way.

Reid also emphasized on the fact that records don’t matter when heading into games, especially this year. Heading into this week, the NFL has had an unprecedented level of close games.

“In today’s world in the NFL, you can’t go by the record,” Reid said. “Everything is so close, the parody and you’re off by a fingertip catch or maybe a penalty or turnover it’s one thing. There has never been so many close games as there are right now.” 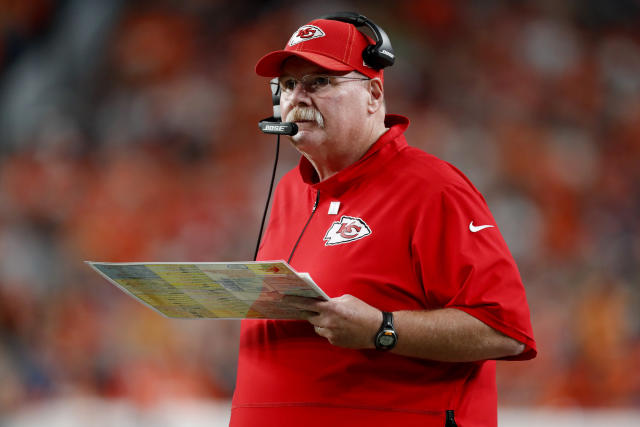 Patrick Mahomes was also quick to bring up the level of parody the league is experiencing.

“No matter what your record is, the margin of winning and losing is so small and coach Reid preaches that. I’m just glad that we found a way to win,” Mahomes said.

Jerick McKinnon had another great game. Not only did he have the game winning overtime touchdown, he was productive all day. McKinnon had 52 rushing yards on 10 attempts averaging 5.2 yards per carry. He really shined in the receiving game once again. He was the third leading receiver on the day ending with 70 yards on 8 receptions.

Both Travis Kelce and JuJu Smith-Schuster had good games. Kelce added to his amazing season with 10 receptions for 105 yards. His yardage gets him to fourth all time among career receiving yards from a tight end, jumping Hall of Famer Shannon Sharpe.

Smith-Schuster proved his worth on the team with 10 receptions for 88 yards. His total bright him over 65 catches earning himself his final 500,000 bonus.

The Chiefs will take on the Seattle Seahawks on Christmas eve.

While this one wasn’t always pretty, a win is a win. It is crucial to fix the mistakes and appreciate the success. Hopefully the team can get going full on in the right direction for when it matters most.